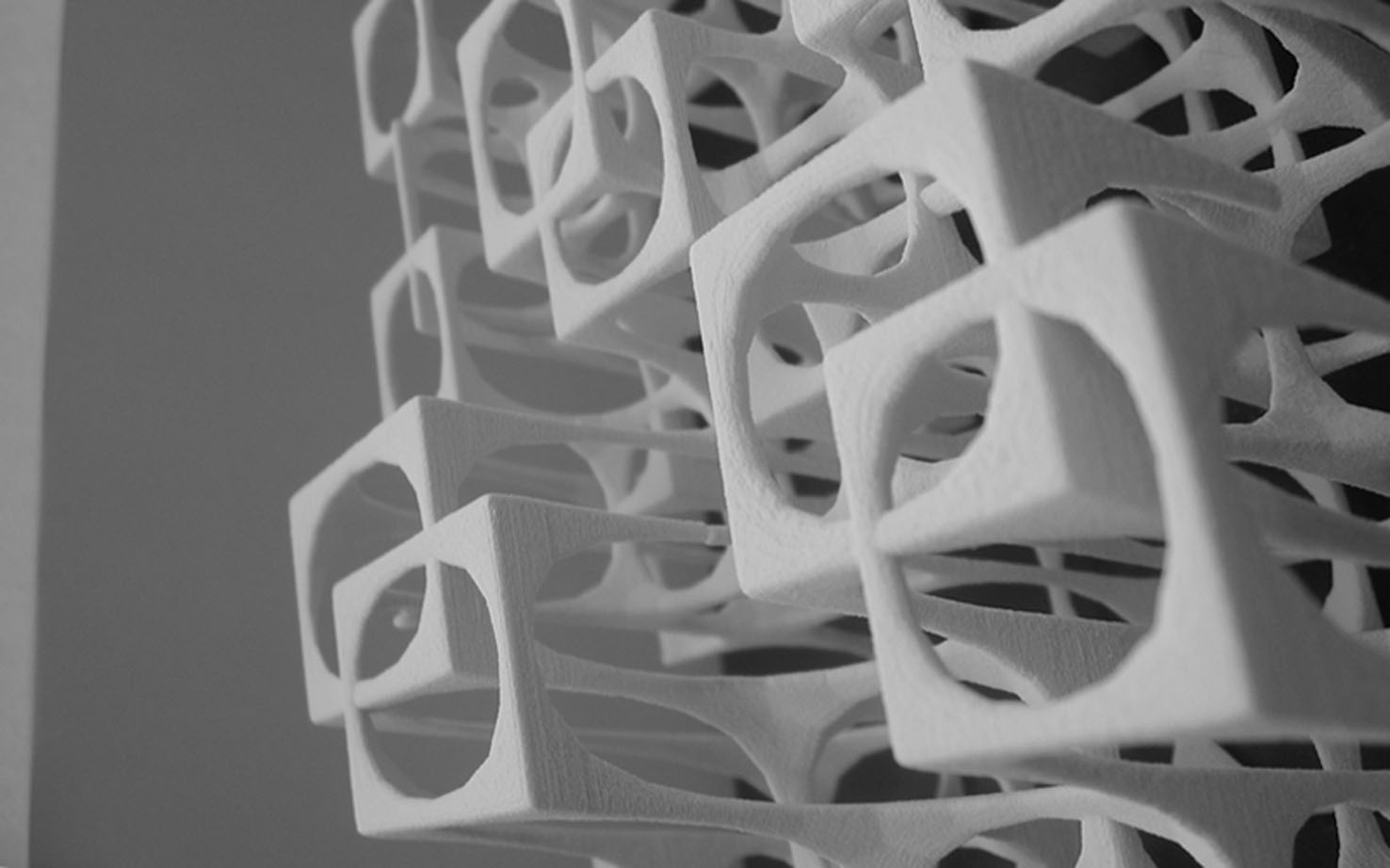 A mixed used tower for istanbul. The task was the vertical, condensed organisation and coordination of the three fundamentally different programmatic categories (retail, commercial, residental) in a single tower.

Our starting point was an interaction simulation of the 3 functions using particle swarms. While defining attraction laws between the function swarms according to certain parameters we obtained a self generating function mixture system. By changing the attraction laws in the system we maintained different parametric prototypes. Focusing on the function interaction points we developed a structural system consisting of two interweaving meshes representing the interaction zones. According to our density program, single and interweaved meshes accumulate the whole tower. The meshes are expand appropirate to their function and displaced to each other to achieve a better static structure are connected through ramps and stairs.